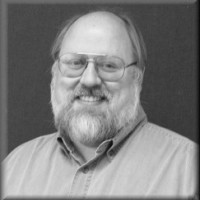 Mike Kauffmann Contributor
I'm a hardcore libertarian with a generally centrist viewpoint. While I lean slightly right, take my iSideWith results with a grain of salt. All of my political writing experience has taken place on Quora which I joined at the beginning of 2016. I'm the moderator on the libertarian space Liberty at Large, I'm an official Contributor for the spaces Free Markets Work and Rules of Thumb, and I've contributed several items to the War Elephant space. I have a jack of all trades mentality which means I am likely to speak on just about anything but my focus areas will be libertarianism, free speech, economics, justice, the Constitution, and problematic politics.
web
https://www.quora.com/profile/Mike-Kauffmann

The Court, Not Roe v Wade, Should Be Up For Review

Mike Kauffmann 1
The winds are changing and with change comes unrest.

Do Political Quizzes Define You?

Mike Kauffmann 0
I checked out eight popular quizzes. They were all biased. After all, they’re written by humans and all humans are biased.