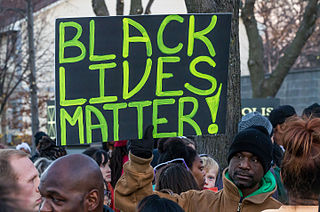 Columnist Clarence Page on Juneteenth Rallies, Protests: ‘This Younger Generation Giving Me a Lot of Hope for the Future’

Columnist Clarence Page on Juneteenth Rallies, Protests: ‘This Younger Generation Giving Me a Lot of Hope for the Future’

Minimal Right BiasThis article has minimal right bias with a bias score of 12.29 from our political bias detecting A.I.

The Black Lives Matter protests have been a real historical watershed moment in US history, according to Pulitzer Prize-winning newspaper columnist Clarence Page.

The nationwide protests broke out following the May 25 murder of George Floyd, an unarmed black man who died in police custody in Minneapolis, Minn.

That includes demonstrations which continued on Juneteenth, the holiday which observes the anniversary of the day June 19, 1865, of the final emancipation of all slaves in the United States.

“I think already the emphasis we have seen is helping. I think one friend of mine, based on a protest march here in Washington, they saw more ‘Black Lives Matter’ signs than black people, meaning that most of the folks were not black,” said Page, himself black. “I’ve seen across the country and I’m old enough to remember Dr. King’s March on Washington.

“This has been a real heartwarming show of humanity across racial lines, cultural lines, especially this younger generation giving me a lot of hope for the future,” Page added. “We do still have big cultural divides. I would be lying if I said otherwise, but I do see a lot of hope.”

Newer Post
Nate Silver: ‘Trump Could Absolutely Win Re-Election, But He Definitely Has His Work Cut Out For Him’
Older Post
Schumer: Trump Exec. Order ‘Was a Bunch of Vague Incentives,’ Isn’t Going To Lead on These Issues